The main research work carried out is composed of three research milestones, RM:

RM1 For this RM, we have developed a new similarity based influence social network that leverage the knowledge of the crowds to model the public opinions dynamic and to reach consensus. The network classifies the agents in different profiles pointing out the influencers and allocating them a preponderant position in the network, and isolating those that may present a malicious behavior, as it is depicted on Fig. 1. A general overview of the proposed system is presented in Fig. 2. 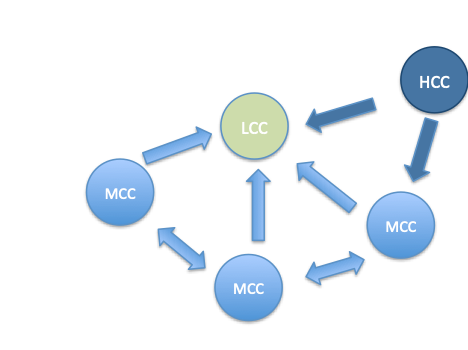 RM2: In this RM we have developed DeciTrustNET, a trust and reputation based framework for social networks that takes into consideration the users relationships, the historic evolution of their reputations and their profile similarity to develop a tamper resilient network that guarantees trustworthy communications and transactions.
In the figure 3 the main elements used to calculate and propagate both global reputation and trust are depicted, whereas Figure 4 shows the architecture of the proposed framework. 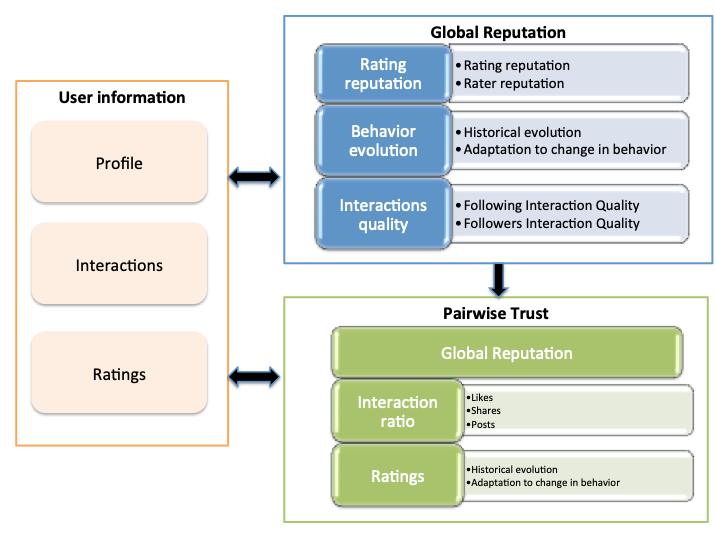 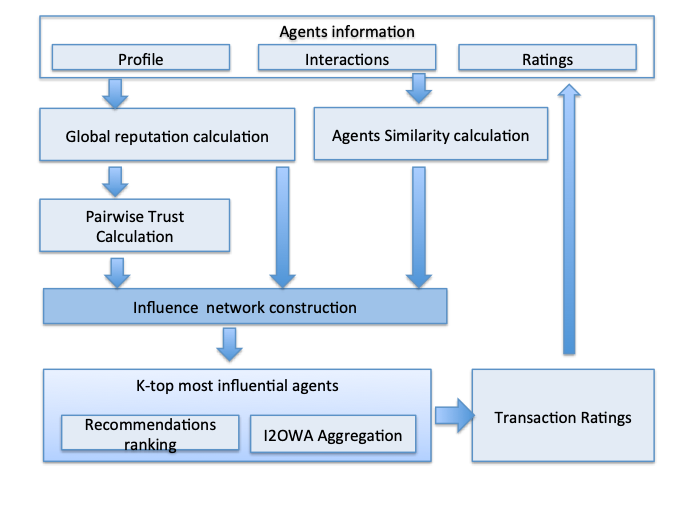 An extensive experimental analysis has been done confirming that the proposed approach supports robust trust and reputation establishment among the users, even in social network under the presence of malicious users. Moreover DeciTrustNET outperforms the state of the art approaches with precision values above 0.75 even when there is an 80% of malicious users.
Publications RM2:
–R. Ureña, F. Chiclana, E. Herrera-Viedma DeciTrustNET, graph based trust and reputation framework for social networks, Information Fusion, 2020, InPress
–R. Ureña, Gang Kou, Yucheng Dong, Francisco Chiclana, Enrique Herrera-Viedma, A review on trust propagation and opinion dynamics in social networks and group decision making frameworks, Information Sciences, Volume 478, 2019, Pages 461-475.

An android mobile application that monitors the food ingestion and the physical activity thanks to a fitbit bracelet has been fully implemented. The architecture of the proposed app is depicted in Figure 5. 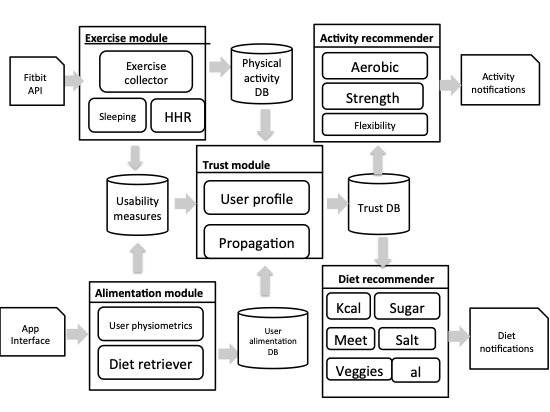 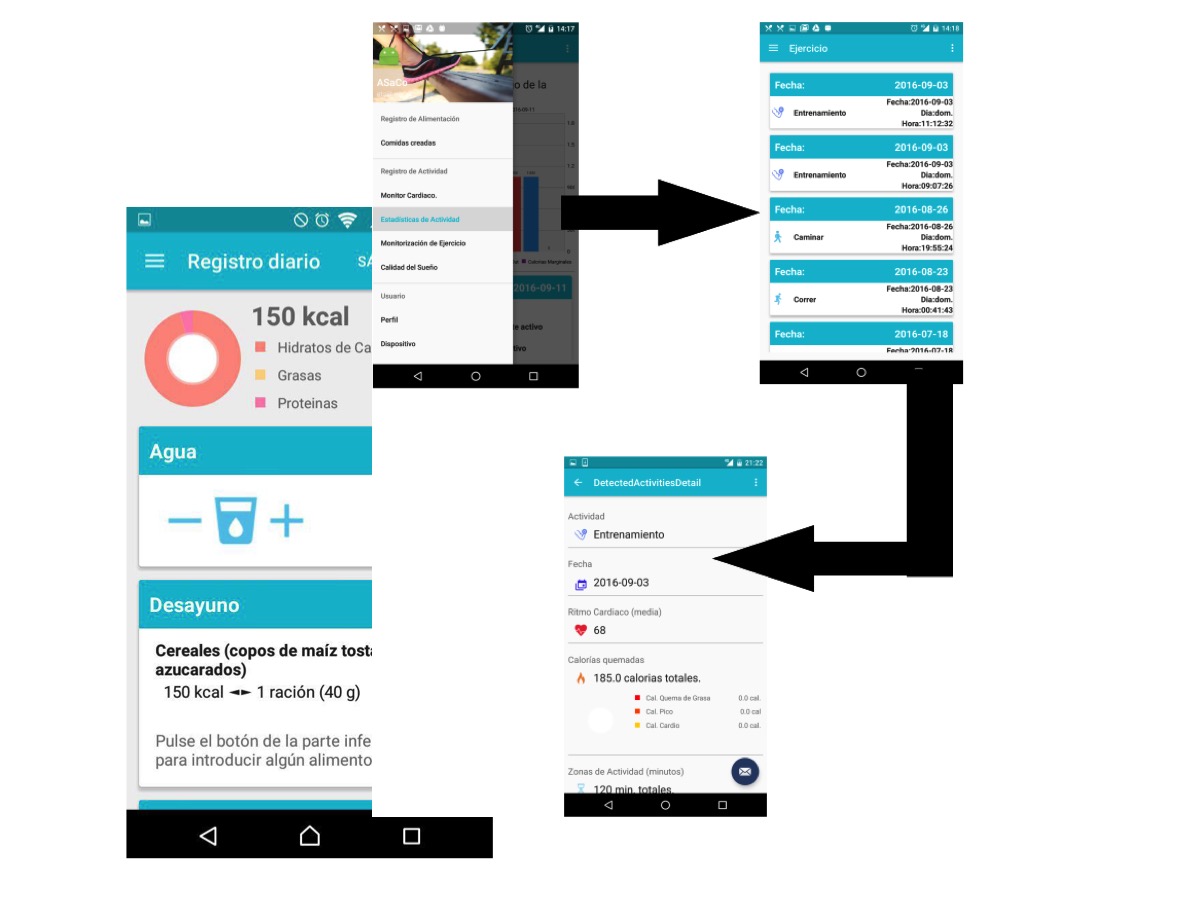 Academic publications
The results from this project have been published in high impact scientific journals and the articles have obtained great attention from scientific community, the articles published in 2019 have already been cited more than 100 times in Google Scholar.
In order to allow open access all publications derived from the project have been deposited in the De Montfort Open Research Archive (dora.dmu.ac.uk) online research repository.